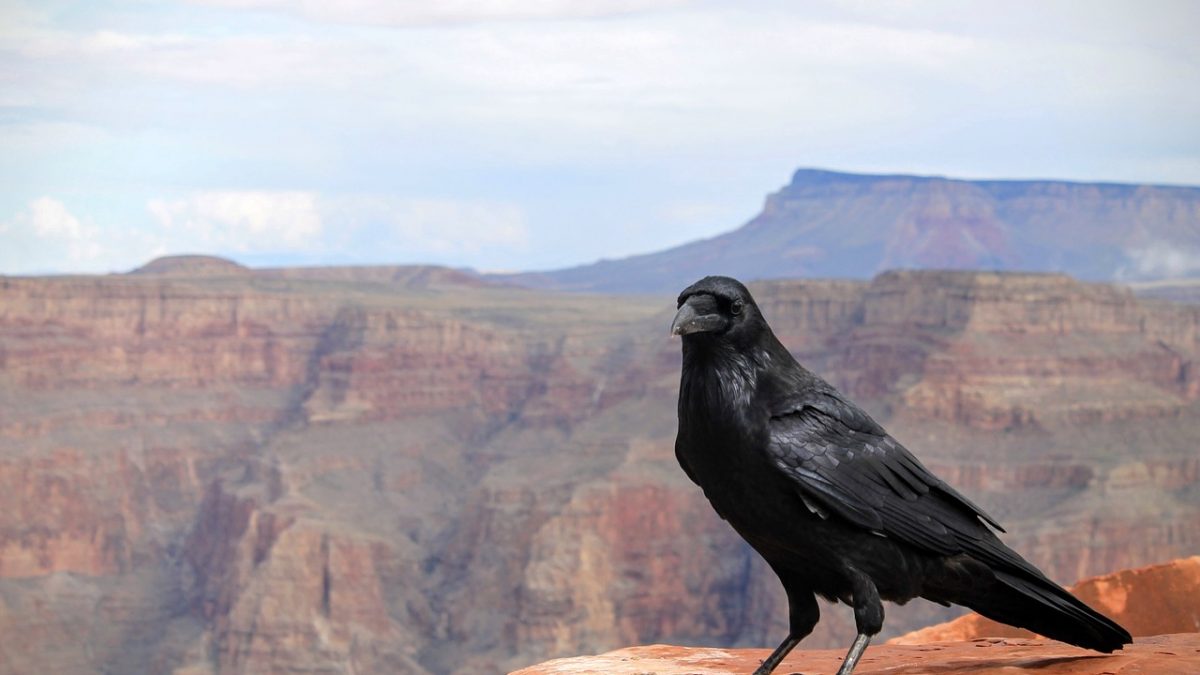 Similar to crows, ravens hold vastly unique intelligence that is on par of humans. They have the cognitive ability to make plans as well as make shift objects to use as tools. Their brilliant minds have made them subject to many studies and have cemented them into popular folklore as cunning figures.

Ravens have an unparalleled ability to process tests and have a strong grasp on logic. In a time based marshmallow test, ravens made the decision to forgo an immediate satisfying small treat for a larger meal by waiting. Ravens far surpassed other animals and children in the time needed to pass the test.

Ravens’ intelligence was also not lost among our ancient ancestors. Primitive Native American tribes considered ravens to be on par of a god that often have the behavior of tricking people. The Lakota Sioux used to tell a story of a white raven that tricked buffalos into stampeding away from hunters in order to starve them. A shaman among the hunters captured the raven and plunged it into fire, which gave them their black feathers.

Ravens carry many symbolic meanings among different cultures; however, the common theme is that they are a warning of something larger. This has been proven by their intelligence and their ability to warn fellow crows of dangers located in certain areas. They are a complex species that can provide us wisdom when attention is given.

You can read more about animal spirituality in Native American culture by ordering a copy of “Keeper of the Souls: A Scattering of Crows.”